No, this isn’t a cute way of saying we’re never leaving Paris. We actually were stuck in the Eiffel Tower elevator tonight!

There were maybe 25 of us in the elevator (a large elevator, with windows, thankfully), going down. It was midnight, and the Eiffel Tower had just started twinkling the way it does at the top of the hour, when our elevator suddenly jerked to a stop and the lights inside it went out.

While others joked about plunging to our deaths, I was imagining the horror of simply being stuck in this small space with all these people and no way to open a window. And then I started imagining fire crews coming to get us out and how we would be forced to climb down ladders from absurd heights. And then I started imagining someone having a panic attack in the elevator while we were stuck, and how we wouldn’t be able to move to give that person space and air. And then I realized there was a pretty good chance that person would be me! And about that time, the elevator started moving again. The lights never did come back on, but soon enough, we were back on solid ground and getting fresh air.

As we walked under the Eiffel Tower, we looked up and noticed another elevator was stuck! 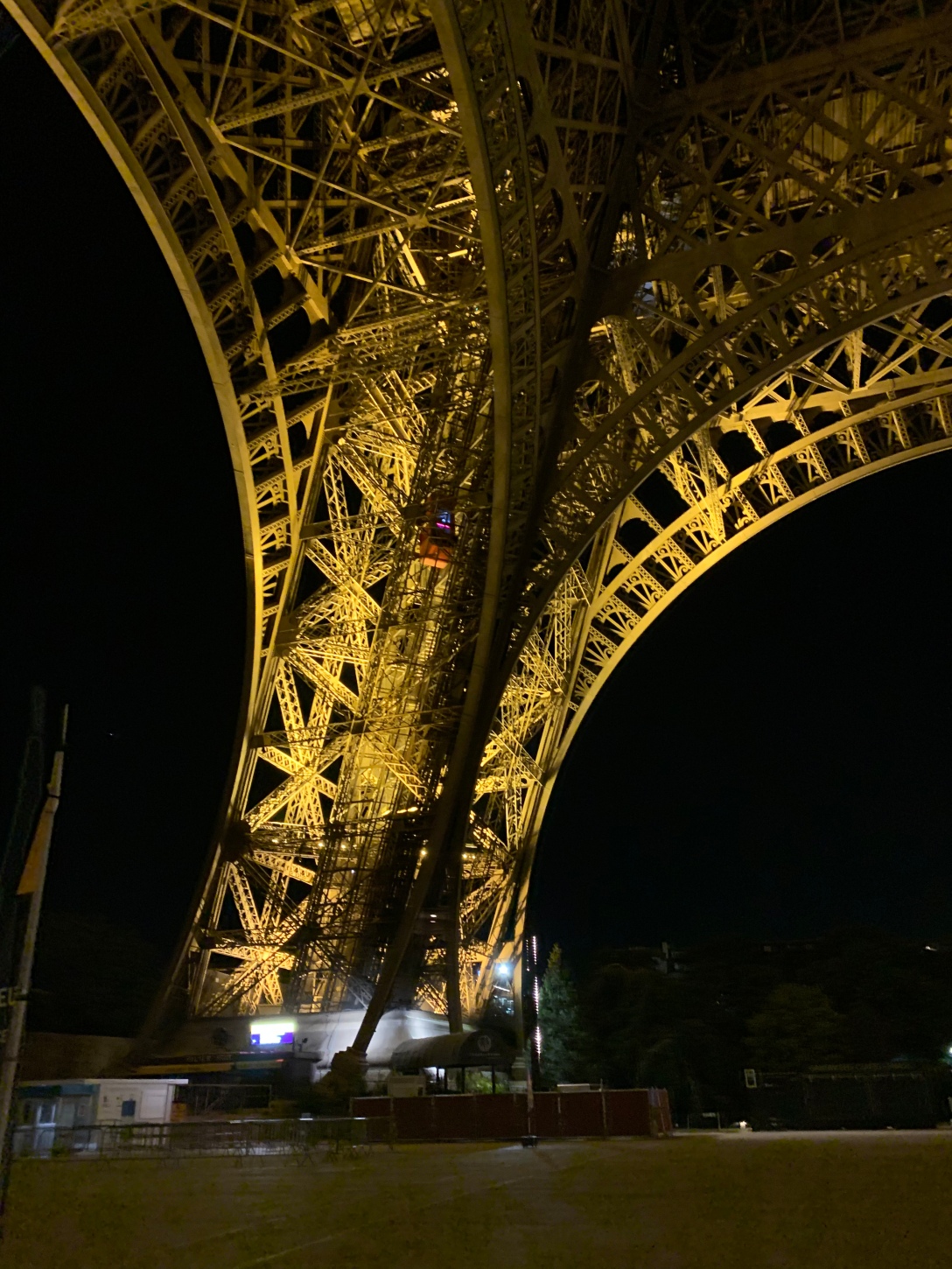 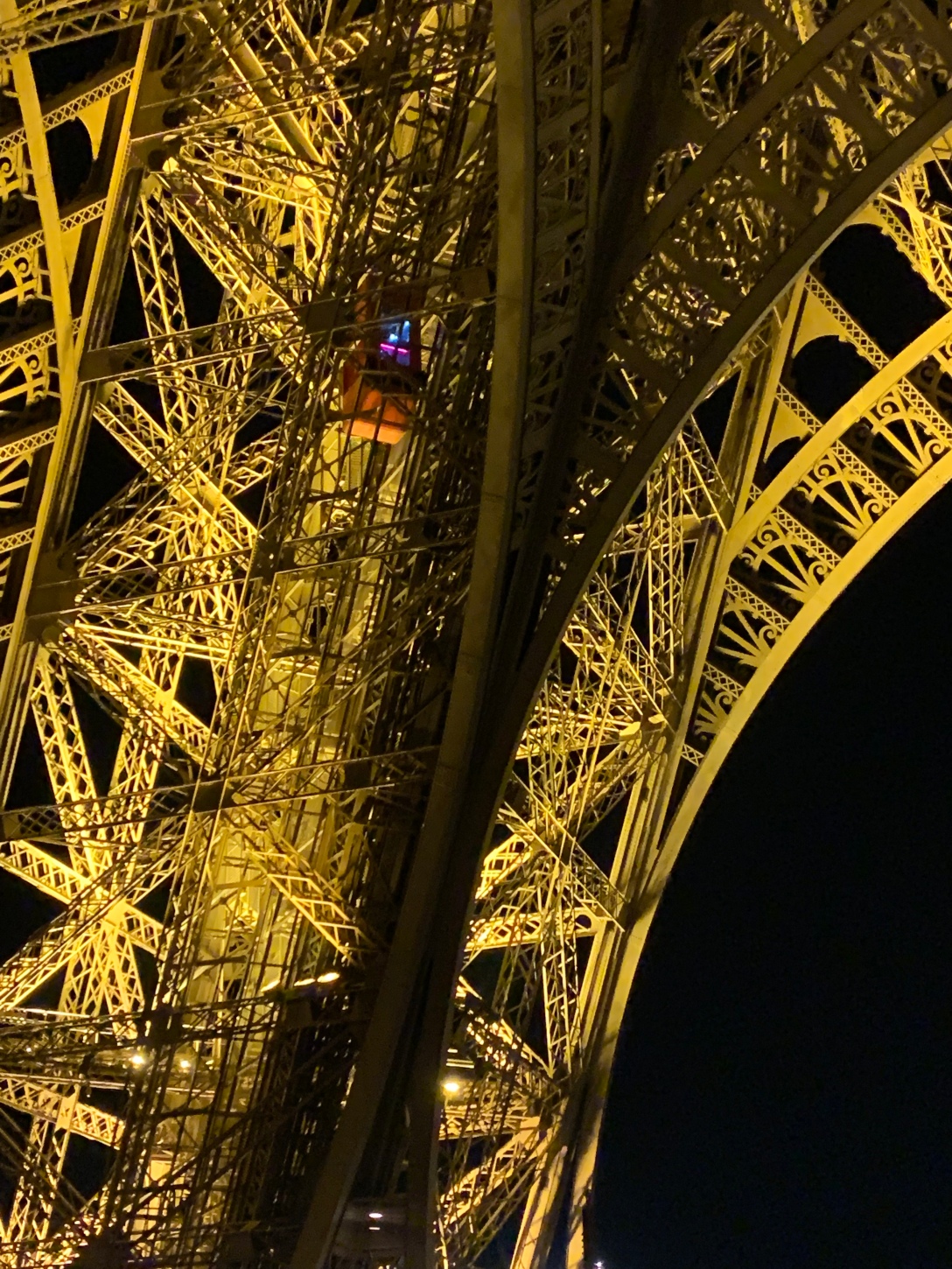 Now can you see it? 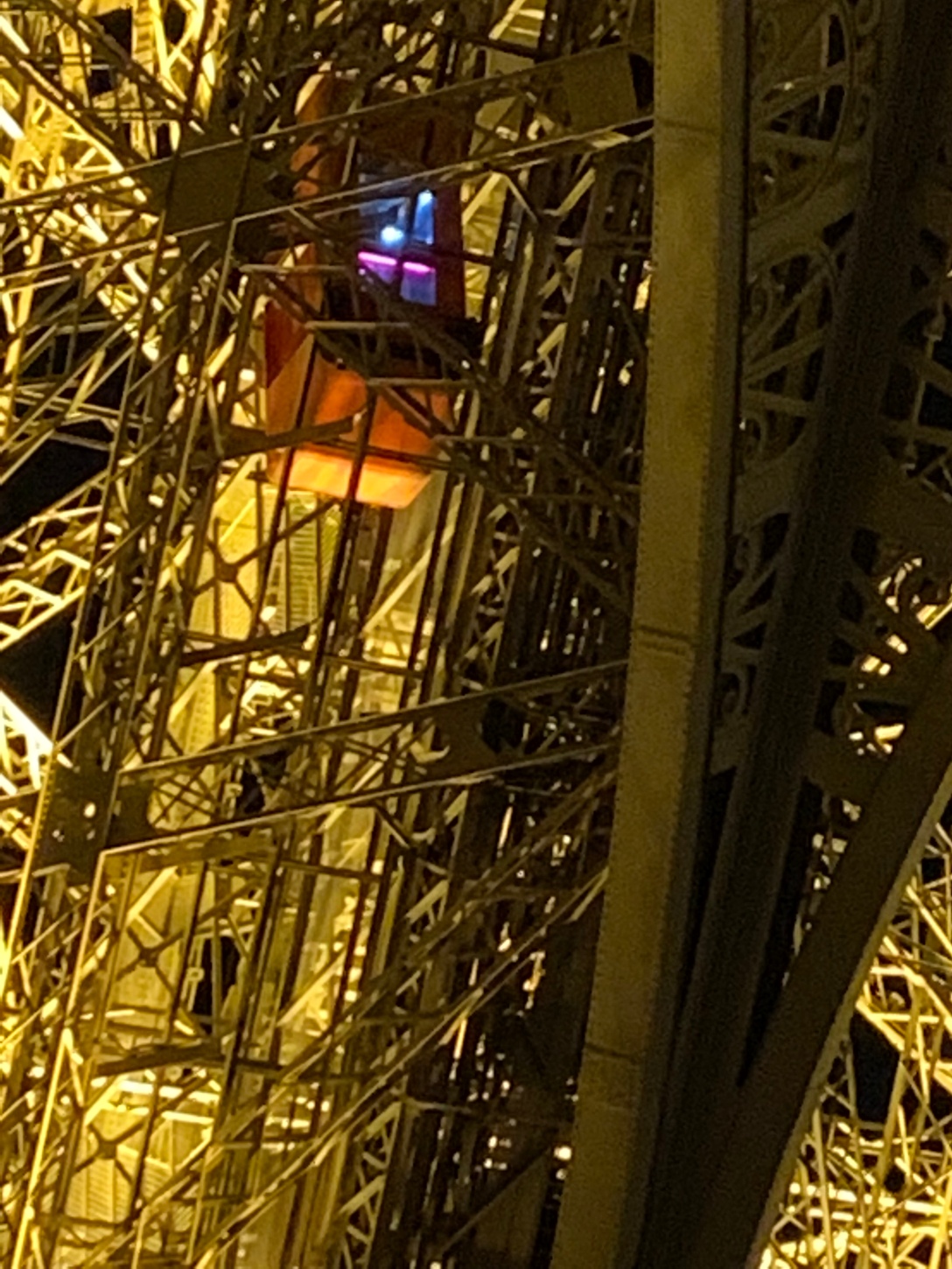 Bit before too long, they were moving again too. Is this a regular occurrence at the Eiffel Tower?

We have certainly had an unforgettable time in this beautiful city, and our last night here has been no exception. 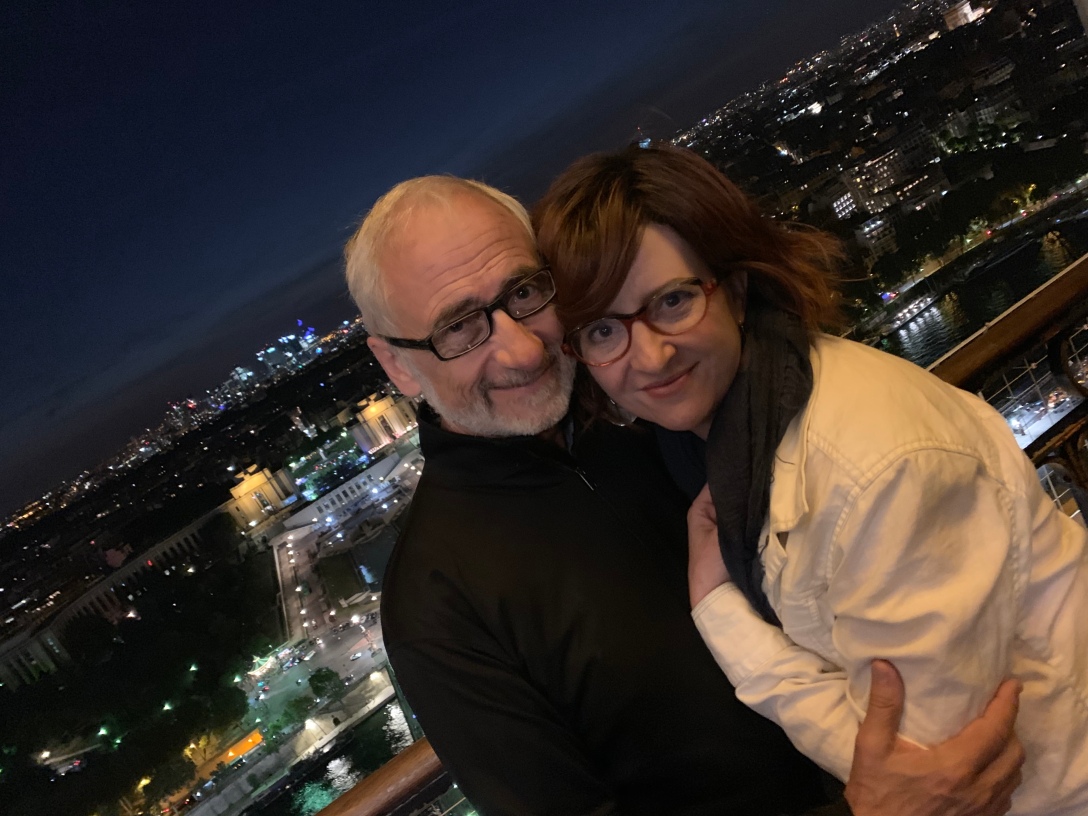 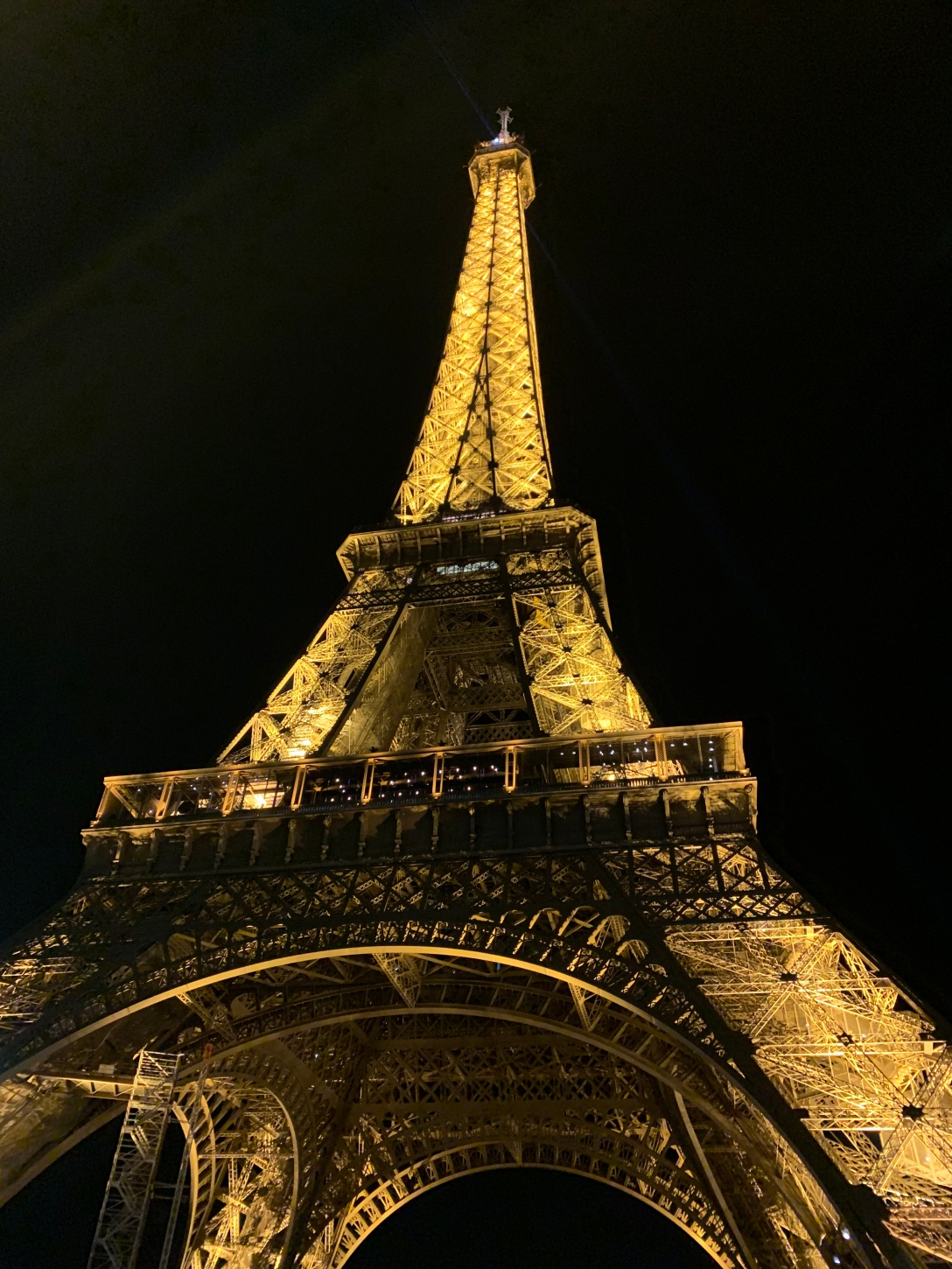 One thought on “Stuck in the Eiffel Tower”